In this post I’m going to share an insight into the creation of my Oreo Still Life food photography image. This is a personal shot that I captured in some rare down time. My objective for the Oreo image was simply to produce a creative flatlay containing multiple Oreo biscuits. Just incase you don’t know, a flatlay is simply a birdseye view of a single or collection of items set out creatively on a background. Flatlays are very popular especially for food images but I often prefer to shoot food at a much lower 45 or 30 degree angle. There is no right or wrong angle here and it often depends on the client brief and your shooting style.

The composition of this image is quite straight-forward with the Oreo’s placed diagonally within the frame. A key part of the image composition is the Oreo which appears to have had a bite taken out of it. This has been added to include a main focal point for the viewer and this is sometimes missing from flatlay images. The placement of the other Oreo cookies is critical as they effect the balance of the image and affect the negative space.

As well as exploring flatlays, I wanted to make the shadows in this image a key element. As you can see in the image below the shadows help to really define the shape of the Oreo biscuit. To create the shadow I needed a hard light and for this I used a studio light with a 10 degree grip. The 10 degree grid create a very directional light which is great to creating crisp shadows. Another added bonus to the hard light is that it really helps to define the texture on the top of each Oreo. Although the gridded head is the key light, another light was added as a fill light. The fill light in this image was another studio light bounced off a white board which was suspended above the tabletop.

For me the image works well and it certainly meets the objectives I set myself, I hope you like the image too. 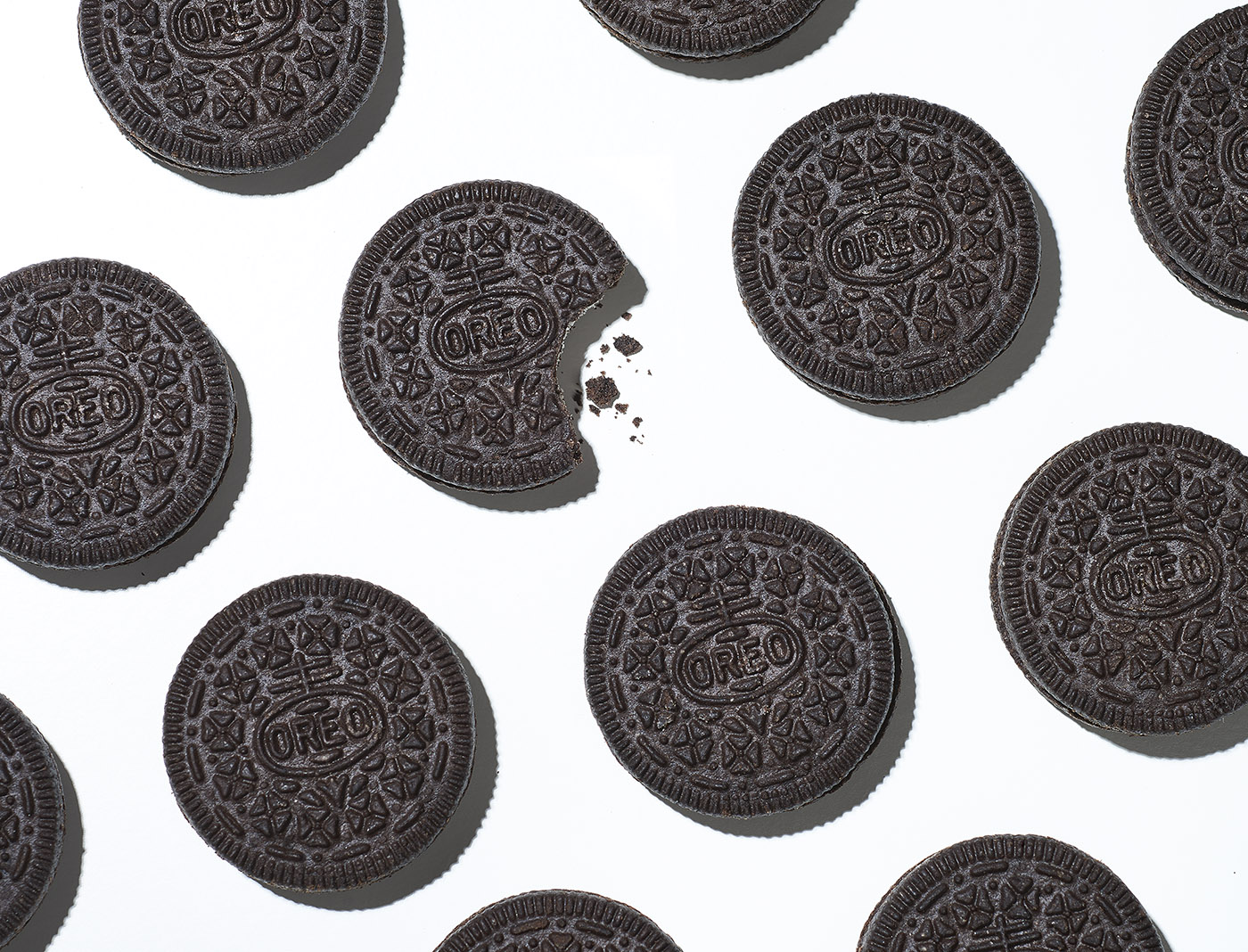